Other cats we have known

We loved all these feline friends – even if they did make us sneeze!

Judee started out with a succession of Siamese cats, and dabbled in breeding, but had to give up her cats when she moved into an apartment. 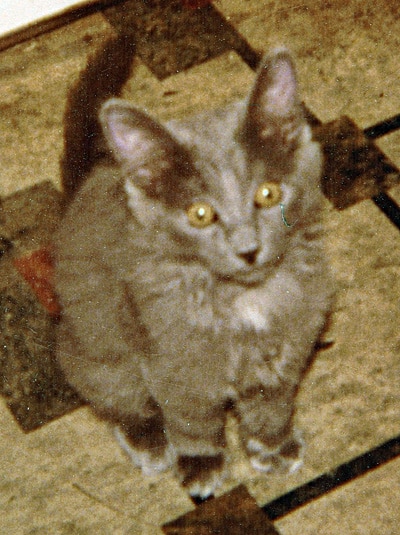 One winter morning in 1980, we were leaving the apartment building in Winnipeg (where it routinely hits -40C or colder) and heard sounds coming from a rubbish bin. Lifting the lid, we found this little cat with a deformed front leg. Our vet concluded that the leg had been broken, and mended in the wrong position. So…we had a pet, albeit one who wasn’t too nimble. Several months later, we arrived home one day to find TC dashing about the apartment – on four normal legs! To this day, we have no idea how that happened. I guess TC was one lucky cat! 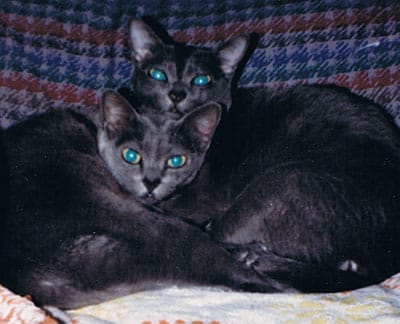 While living in Vancouver in the mid 1980s, we had two Korats, a breed from Thailand. These half-sisters were devoted to each other, and when we moved onto our boat, they came too. But when we decided to sail across the Pacific we knew they would be much happier with a new family, who kept us updated with photos.

Our sailing trip and cat allergies ended any thoughts of owning cats again, until more than 20 years later when we learned about low-allergen Siberian cats. And now we live happily with a large family of feline friends.