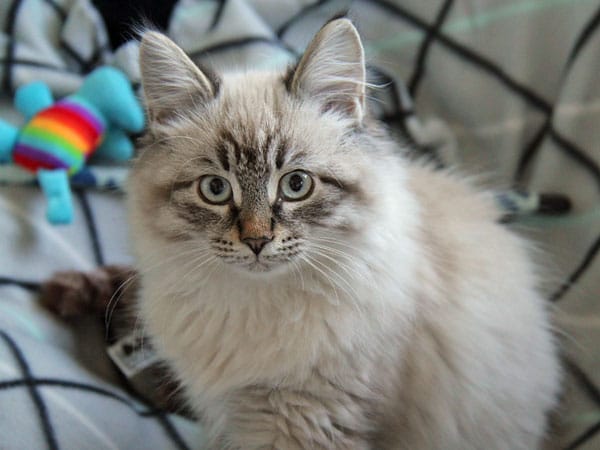 Cici gave birth to the N Litter of five kittens on 16 April 2017. The father is Harley.

Nuri is the 5th-born kitten, a male seal lynx point. 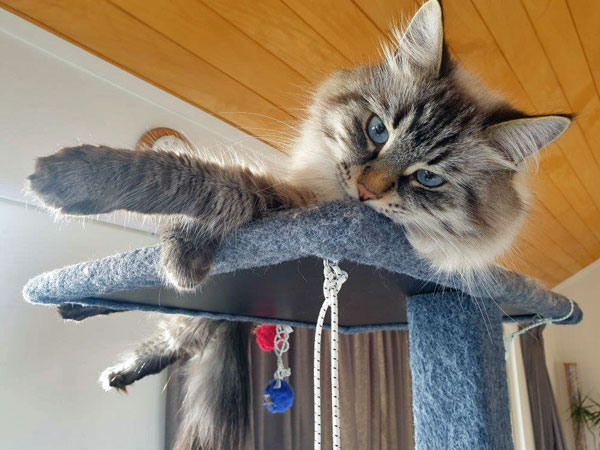 Our Nuri is two years old on 16 April, and I thought you may like an update of him.

Nuri is a wonderful cat with antics that make us laugh every day. His quirky personality traits never cease to amaze us.

Every time the cupboard with his feather bird toy is opened, he will appear from nowhere to play.

Every time I sponge down the kitchen, he is there to help with the wiping strokes.

Every time a new bottle of milk is opened he is ready for the plastic ring to be tossed so he can play fetch. Sometimes he finds one and brings it to us so we play toss and fetch with him over and over.

The rustle of clean sheets brings him running and jumping to help make the bed.

He prefers the tea towel to be pulled onto the floor rather than hanging on the oven door.

Any and every box or bag is a welcome sitting and sleeping place, if he can curl into it.

Playing chase-me is still a favourite and he will leap and bound from any surface to catch you.

Bend down near him and your back is an instant launching pad.

His outside area has sufficient worms, crickets and cicadas to bring us as presents and any indoor spider has a short life.

Anything furry is fair game and he has climbed shelves to retrieve a gnome with a fluffy hat, Christmas hats and Kimberley’s handbag puff, have all been grabbed and taken.

Nuri communicates so well we know exactly what he wants. Apart from the feed me meow, there is a pet me meow with a flop on the floor so he gets a brush.

He calls out when he is not sure where we are in the house and comes running to join us and hang out. We love that he wants to be near us and even though the vacuum cleaner is loud he will follow and watch from a safe distance.

Nuri will often just lie in the walkway or the stairs just so he can see what we are doing and where we are going.
He sleeps peacefully on the spare office chair placed just for him, while I type, and is usually here or on his spare chair in Graeme’s office.

Thank-you again for bringing this beautiful creature into our world. 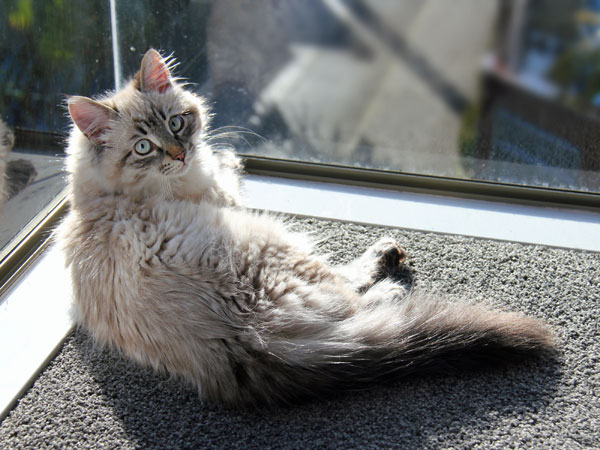 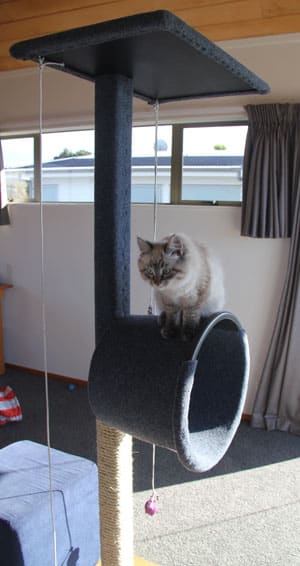 Nuri continues to thrive and bring such joy to our family. Graeme was enthusiastic from the first day and quickly built a super tower for Nuri to play on. Nuri takes a full force run at the tower and swings around the pole onto the bucket. He pulls and wrestles with the toys on the bungy cords and takes them to his ‘crow’s nest’ after the final capture. He loves to be high and his location is near my desk so he can keep an eye on me and the birds flying by.

It is great to hear the stories from the other kittens and we see many personality similarities. Nuri loves to greet Kimberley when she comes home from work and settles next to her on the sofa in the evenings. Alex has not had any problems with his allergies and Nuri loves to play ping pong ball games and hide and seek with him.

We often nick name him Nuri Nu-nu when he is especially adorable, and he definitely lives up to his Instagram name Furry Purry Nuri.

We took Nuri for his neuter operation yesterday, and the vet said he was a very good patient and charmed them all with his play, despite being woozy after the op.

Thank-you again for all your nurturing and care to bring such wonderful pets to so many families.

Just to let you know that Nuri is settling in really well and has adopted us quickly as his new (less furry) family.

The vet checked him out today and agreed he has been raised well and is a very lovely Siberian. He had all the Vet staff “oohing and ahhing” over him!

Thank-you so much for bringing gorgeous Nuri into our lives.

Kimberley has started his Instagram and I am sure you will see many images loaded as Nuri grows.

He really does love ‘Da bird’ and I think this picture shows his enthusiasm for the ‘capture’. 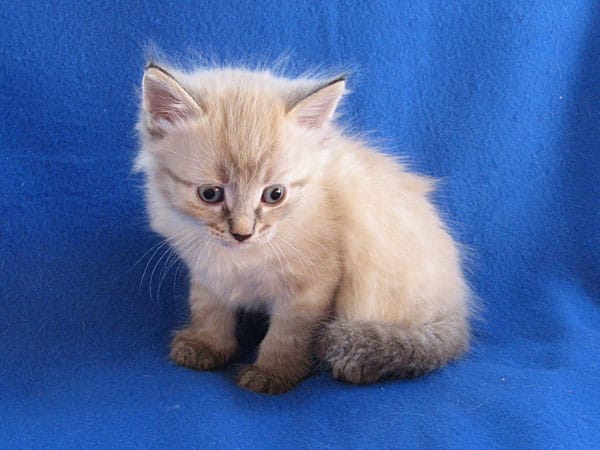 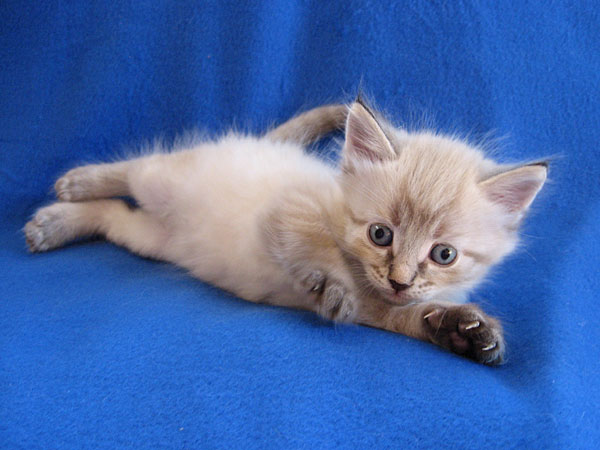 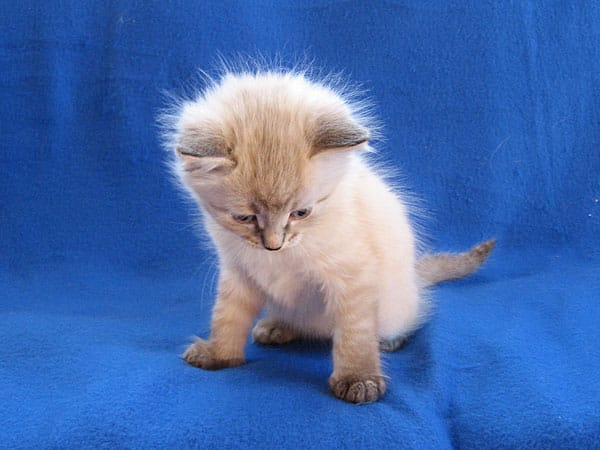 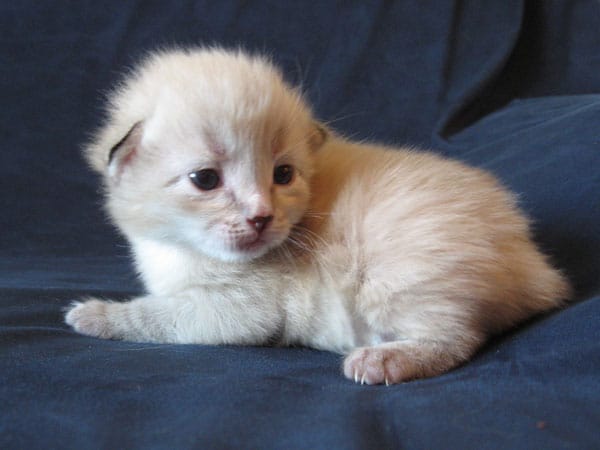 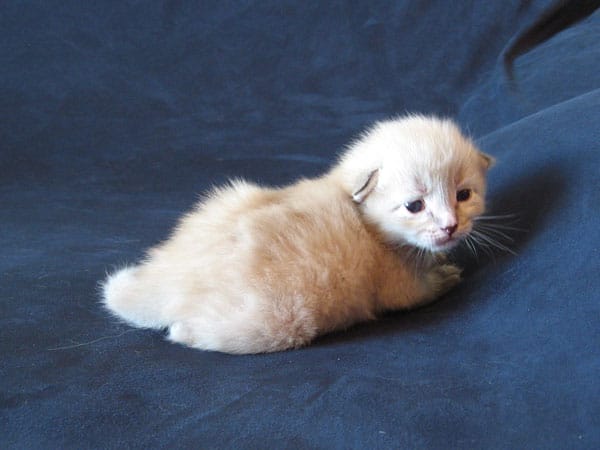 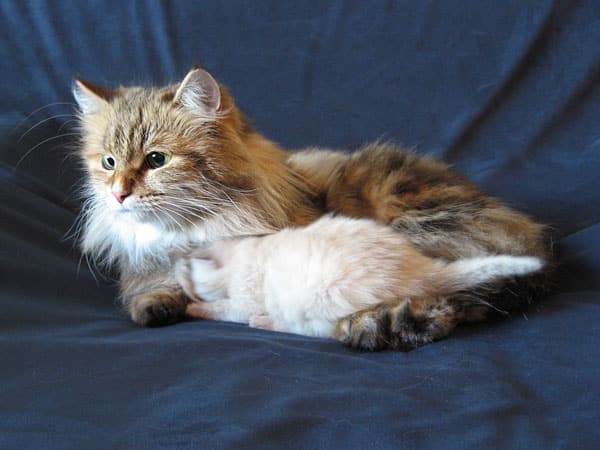