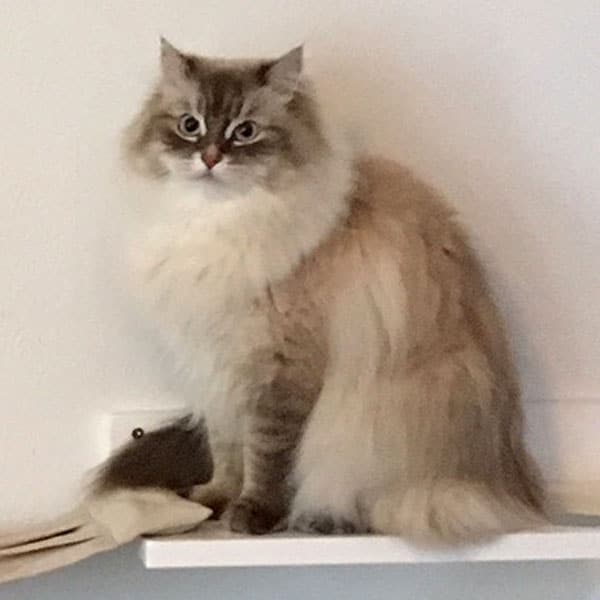 Ilya was renamed Remy by his new family in Wellington. 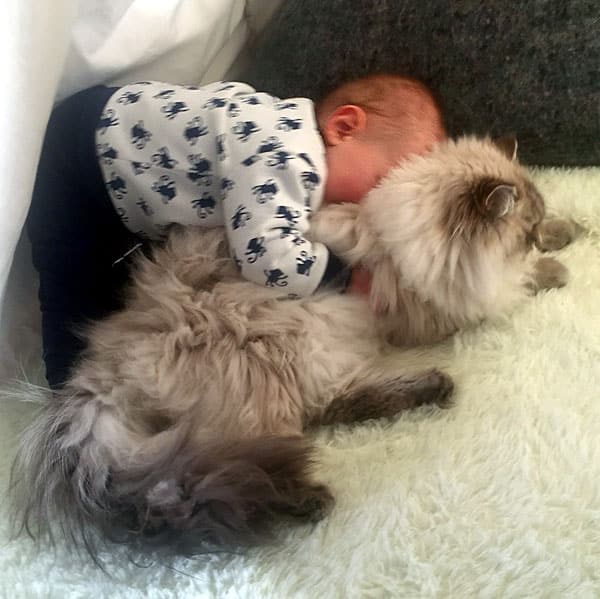 “Jake is 14 months old now and loves Remy as much as ever. His favourite thing is to nuzzle into him. Remy will lick his head, he is still very tolerant of our enthusiastic toddler.” – Steffi (Photo taken 5 July 2016 when Remy was 10 months old) 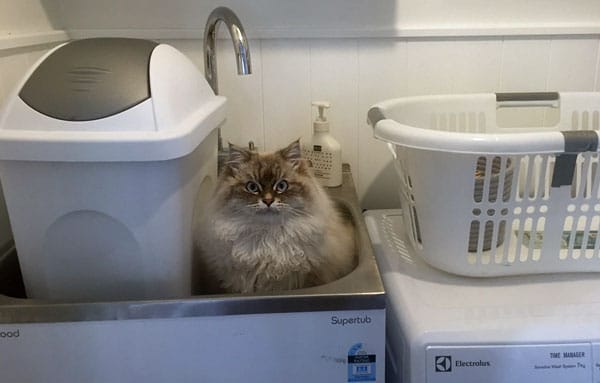 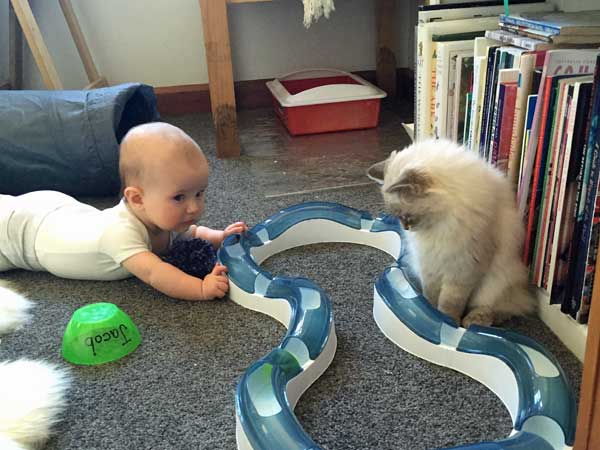 Just wanted to send you a quick email to say that Remy is doing well and fits in to the family wonderfully. He is honestly the most affectionate cat I have ever met and basically just wants to cuddle all day long! His latest trick is to sit right on top of Jake while I am feeding him. He is very tolerant of having a small baby in the house – we are trying to teach Jake to be gentle (though he is still a bit young) but Remy is quite unfazed by Jake’s grabbing of his fur and won’t get up even for that! 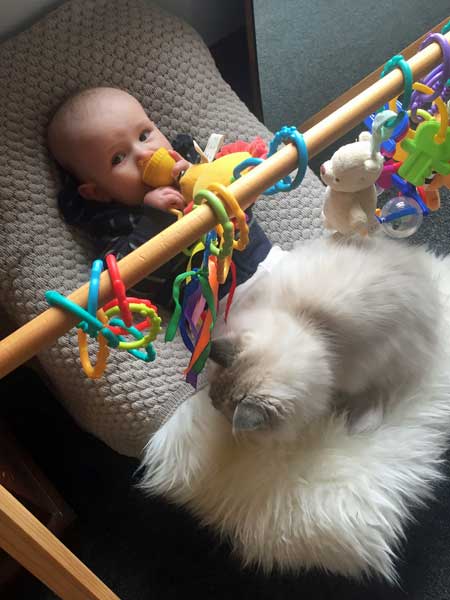 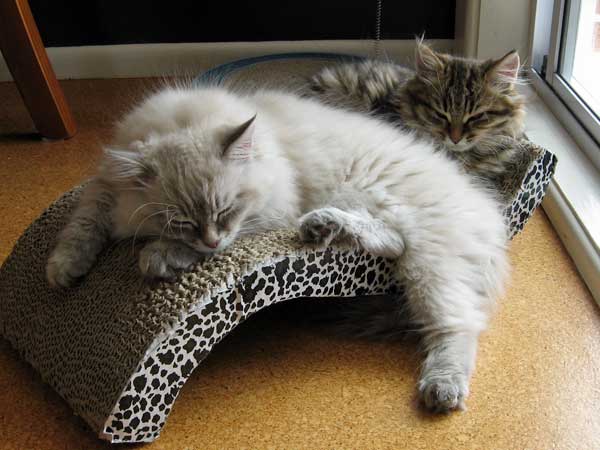 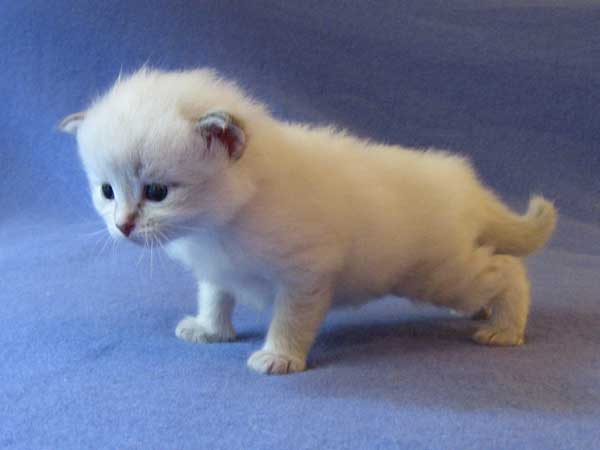 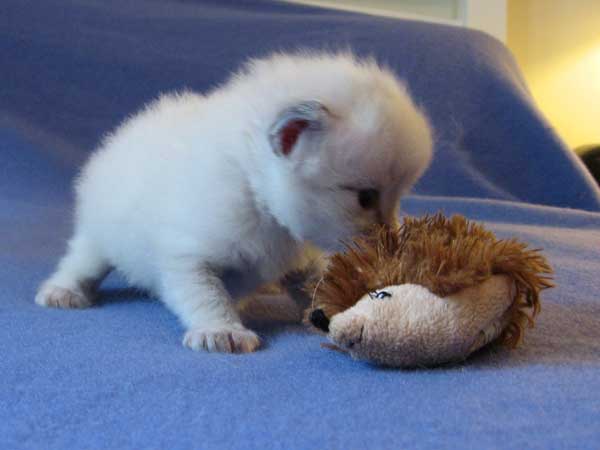 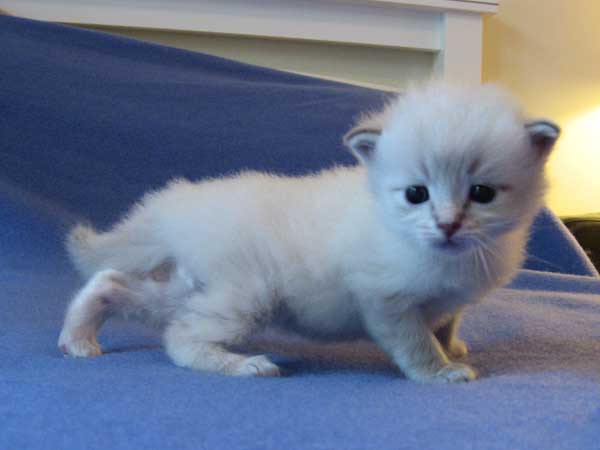 Next kitten in this litter: Inka