The B Litter was born 30 Sept 2012 in Auckland.
Mother: Calina
Father: Harley

Byron was renamed Archie by his new family. 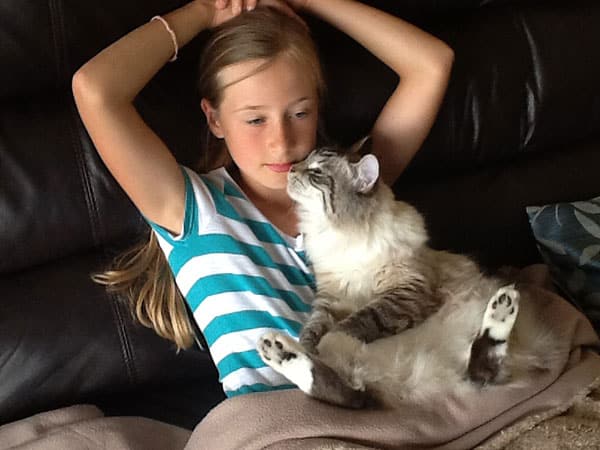 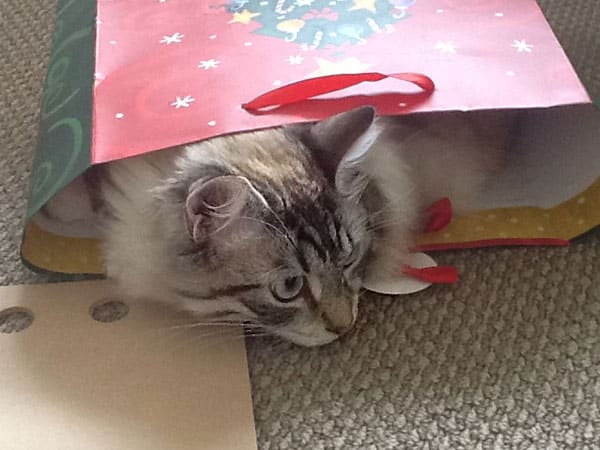 Archie loved Christmas, especially the bag and wrapping paper. Christmas morning was hilarious as he got a vibrating mouse which we kept hiding in the wrapping paper and he kept diving into the paper to get.

He has just been to the vets to have his jabs and general check up and he is doing really well. He is keeping up with his brothers at a very respectable 4.3 kg which is not surprising as he is still having 3 meals a day!

He is still wee mad Archie but less often now but we do have to duck when he is in a mad mood as he goes flying round the house. He loves watching the birds outside and get very excited if they come on the deck, he starts chirruping and stalking which is hilarious. 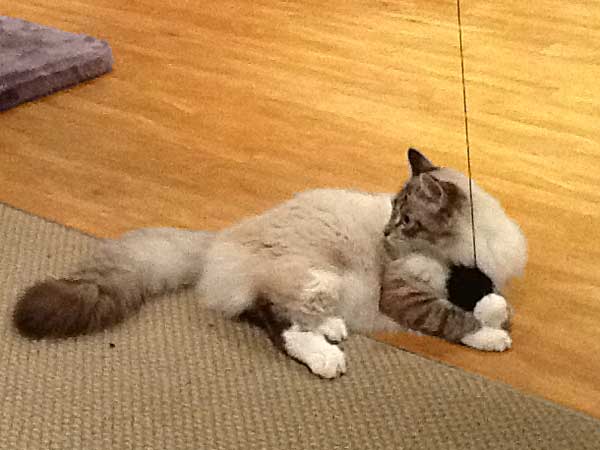 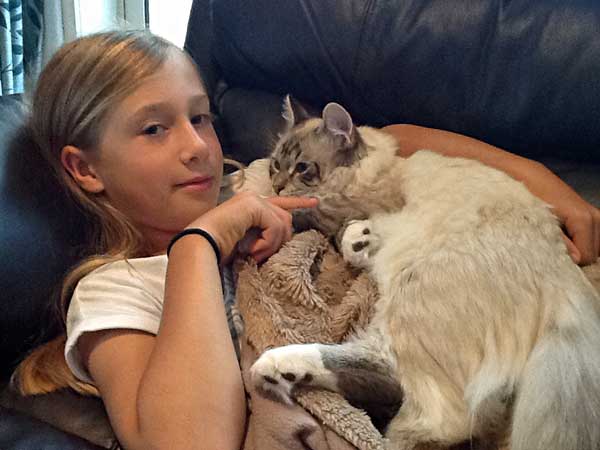 Siberian kitten Archie with Holly, 3 May 2013 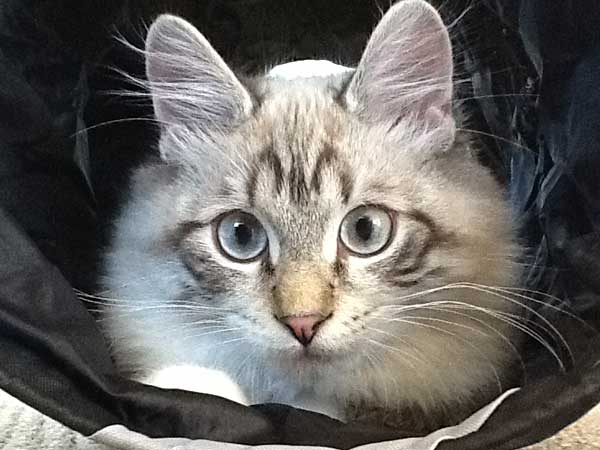 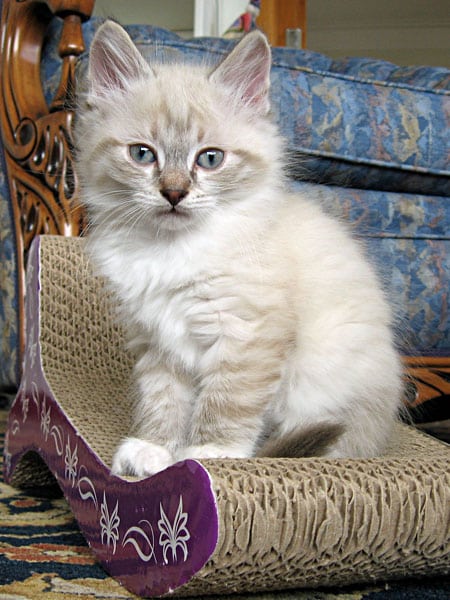 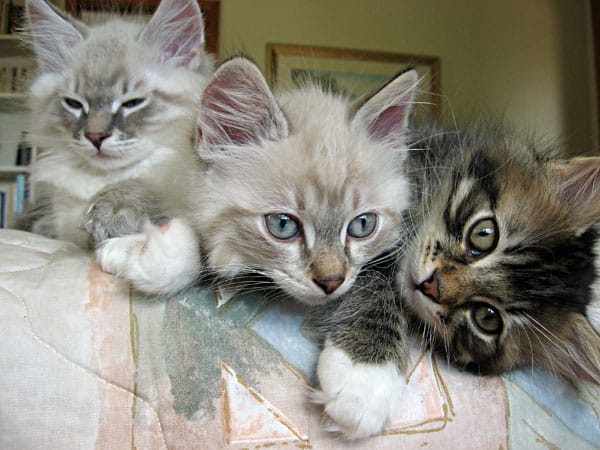 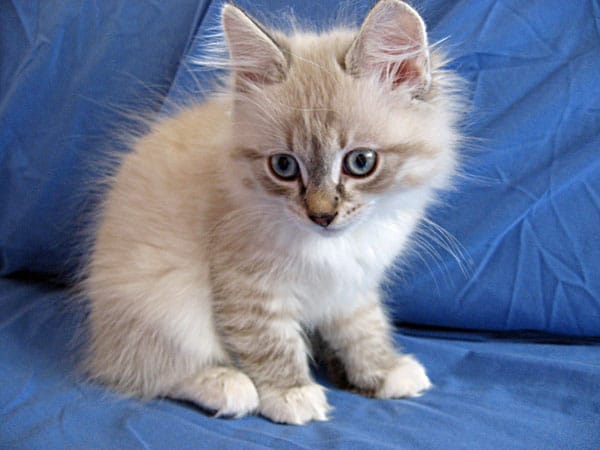 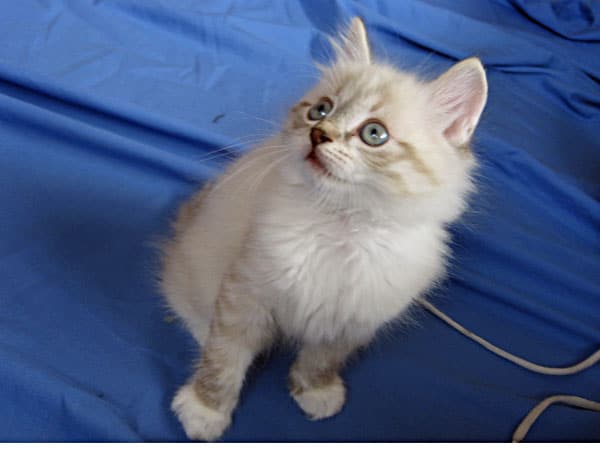 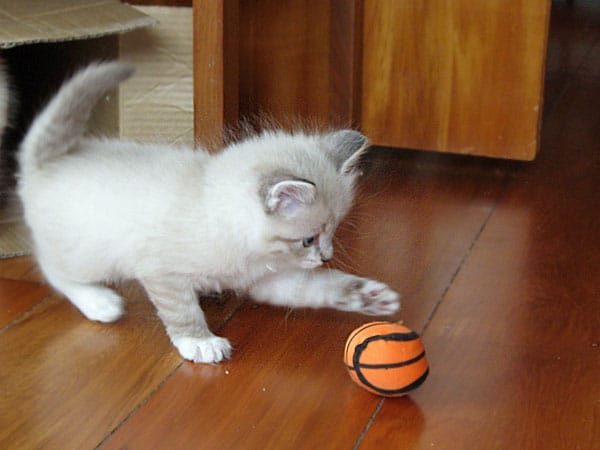 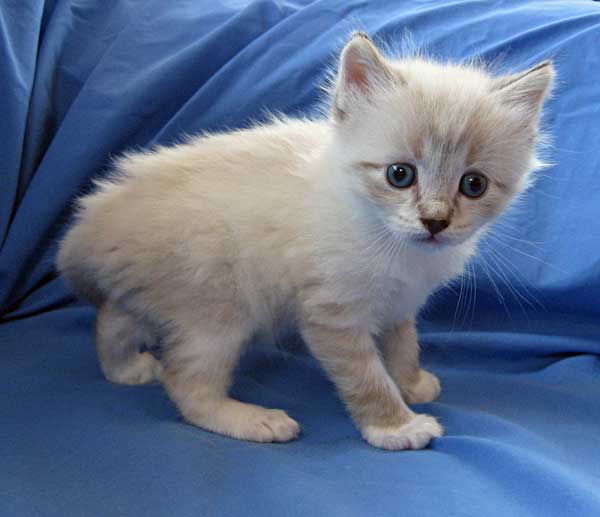 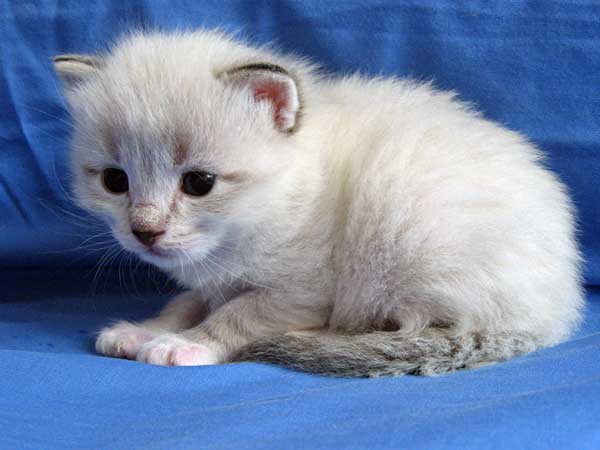