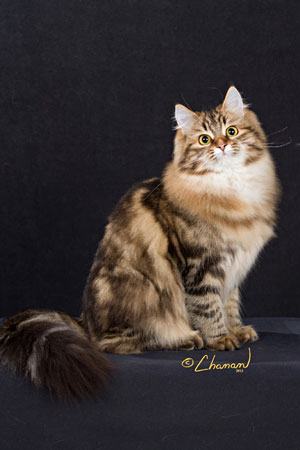 Cecilia (“Cici”) is a CFA Grand Champion, bred by Wendy Heidt and Linda Flanigan at Kotchera Siberians in Vancouver, Washington.

She arrived at Seacliffe Siberians in May 2013. 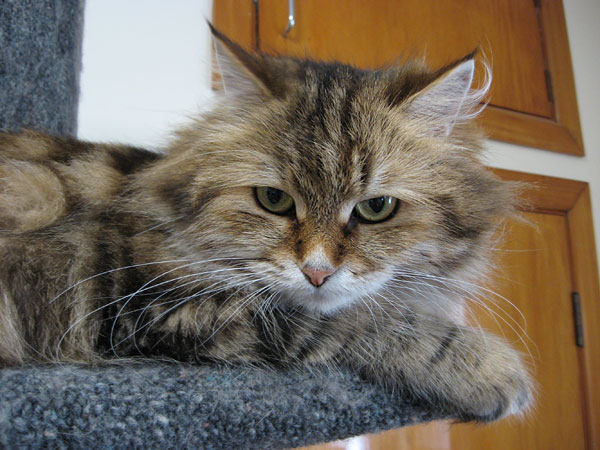 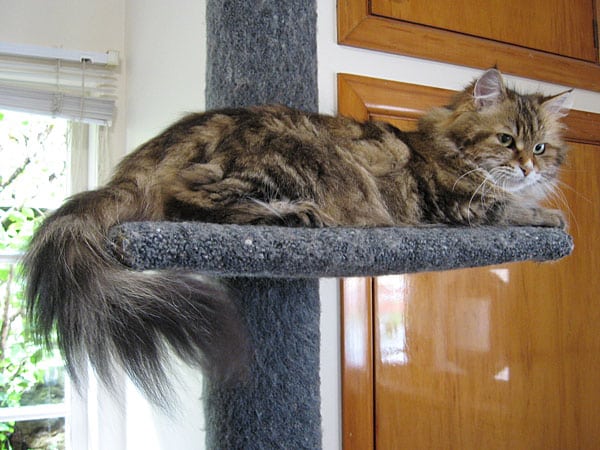 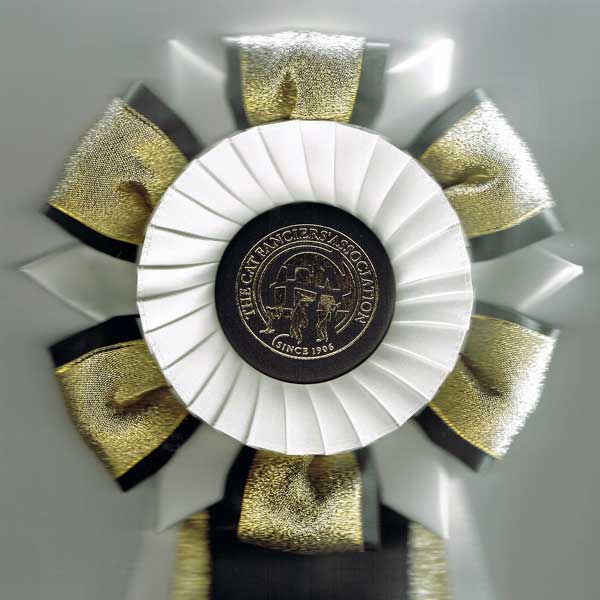 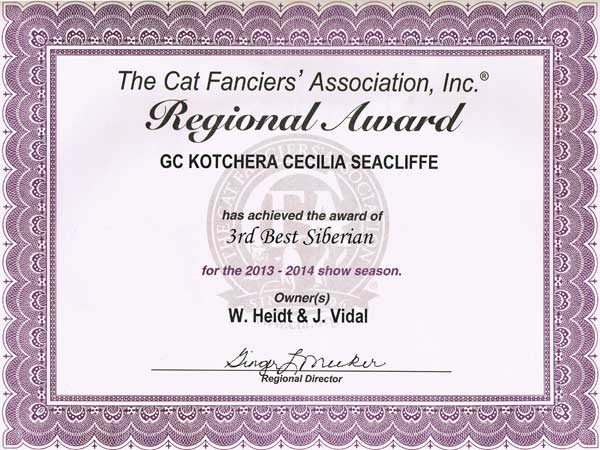 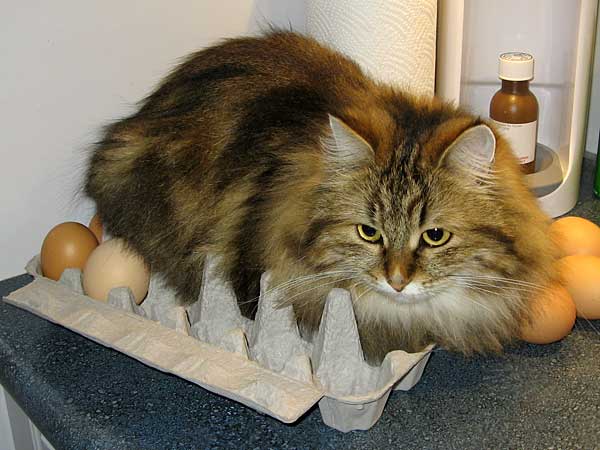 Cecilia isn’t supposed to be on the kitchen bench, but perhaps she thinks she can hatch some kittens. 12 July 2014 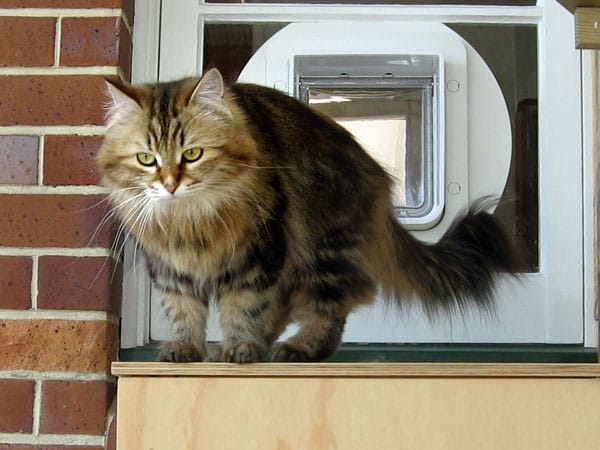 Siberian cat Cecilia enters Harley‘s outdoor run via an electronic cat door that recognises her microchip. (All our cats are microchipped.) 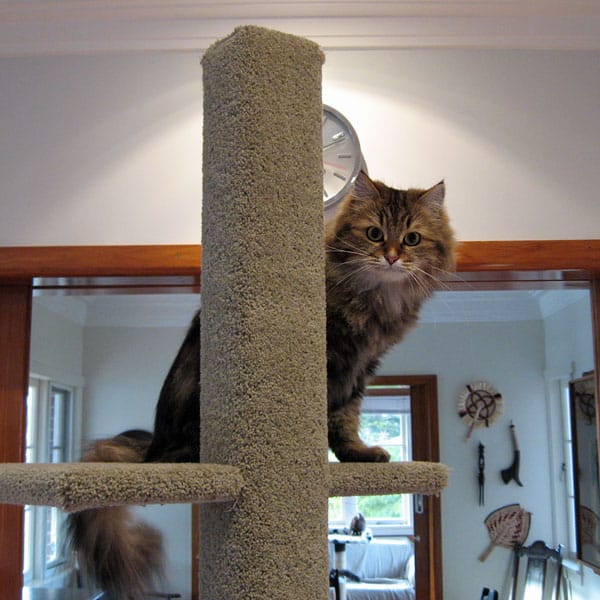 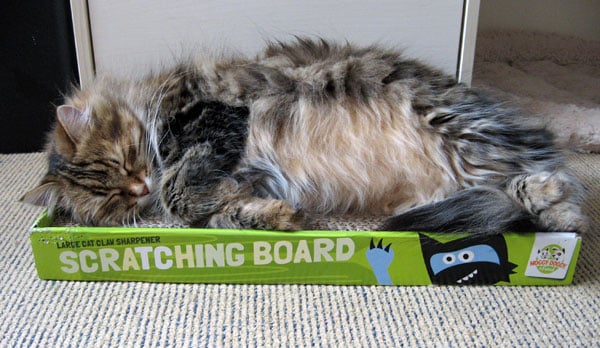 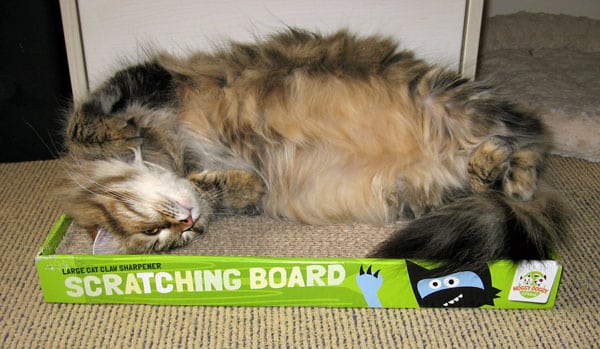 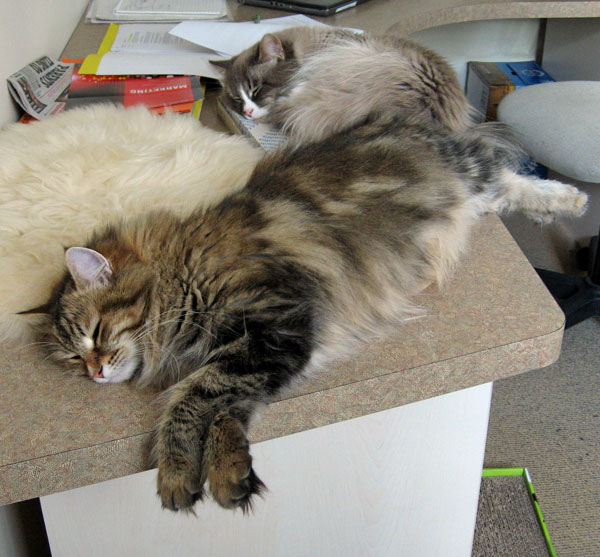 Female Siberian cat Cecilia naps with her mate Harley, a few days from giving birth to her first litter, 30 December 2013 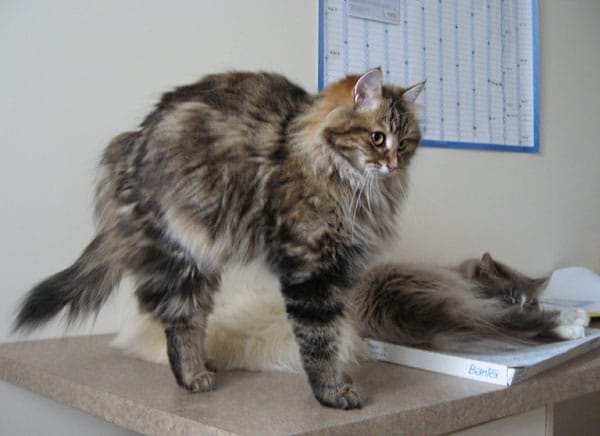 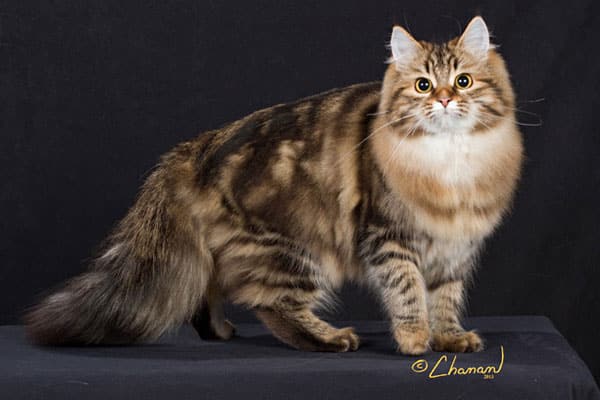 Cecilia as a kitten, showing her championship form 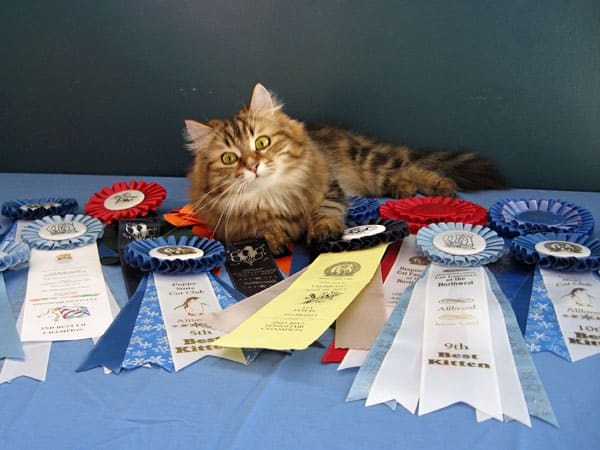