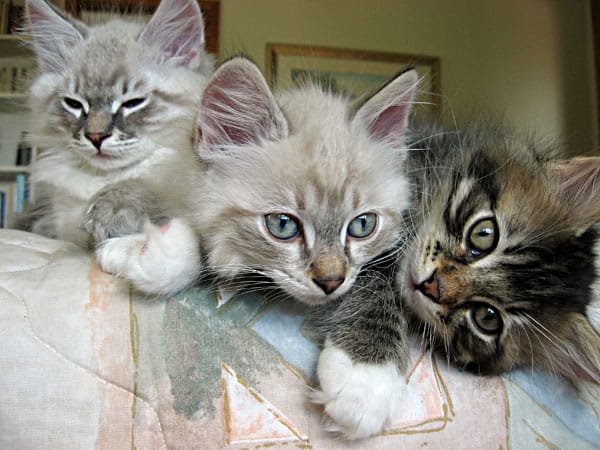 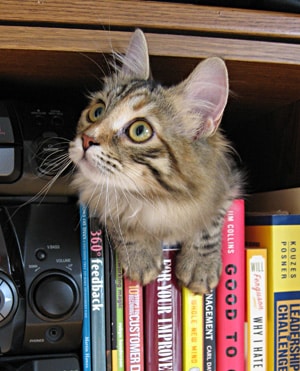 Siberian cats are the native forest cat of Russia, and are described as a natural breed. They are similar in appearance to other forest cats such as the Maine Coon and Norwegian Forest Cat.

Siberians were accepted for registration by the Cat Fanciers Association in 2000, and advanced to Championship status in 2006.

Although common in Russia, they are still rare in New Zealand. It is unusual to see them at cat shows.

One of the few New Zealand breeders of Siberians is Seacliffe Siberians in Auckland.

Although we specialise in breeding for low allergen levels, we often have kittens available that are not low allergen. These are still beautiful animals that make great pets.

Siberian cats initially became popular because of their striking appearance and sociable personalities.

They are medium to medium-large, muscular, triple-coated cats, with sweet faces.

Siberians come in many colours and patterns. They tend to be slow growing, taking up to five years to mature. Females are smaller than males, weighing 4 to 5.5 kg (9 to 12 lb) while males weigh 5 to 7.8 kg.

Adult Siberian cats have a characteristic ruff which sets off their slightly rounded, wedge-shaped head. They have tufted ears, large paws with tufts of hair underneath, and a bushy tail.

Mature Siberian cats have a tight undercoat that gets thicker in cold weather. Their triple coat is made up of a dense undercoat, the actual fur and guard hairs which help to keep the coat from matting.

The triple coat, the ruff and tufted ears and feet protected them from the cold winds of their native Siberia. Regular combing/brushing maintains the beautiful coat and is a great way to pamper them.

As a breed, Siberian cats tend to be playful, friendly, and are often described as great companions, or even dog-like.

They enjoy being with people and communicate with their sweet voices and rumbling purrs. They often greet their owners at the door and like to play fetch.

Siberians are agile and love to leap to high or distant places. Surprisingly perhaps, many Siberians are quick to jump into a wet bath tub or shower. And, being from Siberia, they are very curious about refrigerators and freezers. 🙂