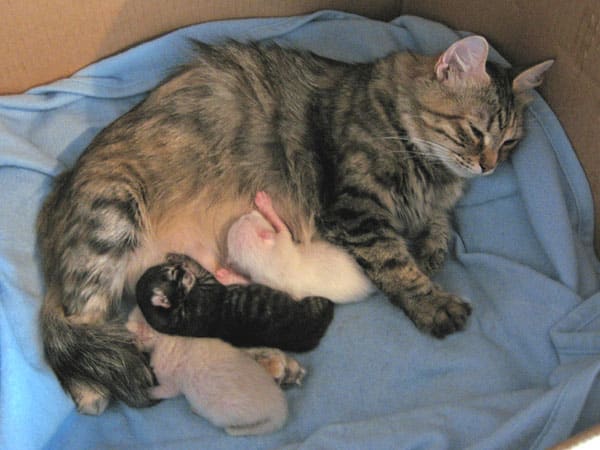 Calina with her three A Litter kittens, 9 May 2012

Here’s a never-before-published photo from almost six years ago. It’s Calina with the three A Litter kittens at four days old on 9 May 2012.

The kittens were named Ariana, Alexander and Alfredo (Alfie).

Calina was a great mum and had six litters (one in Toronto and five in Auckland) before retiring in 2015. She now lives with a family in the Wairarapa, but her daughter Hoku remains with us.

This entry was posted in Litter A, Siberian cat Calina. Bookmark the permalink.